To create a poll in the Piazza app for Android, first select the class in which you'd like to create the poll:

Tap the three dots in the upper right: 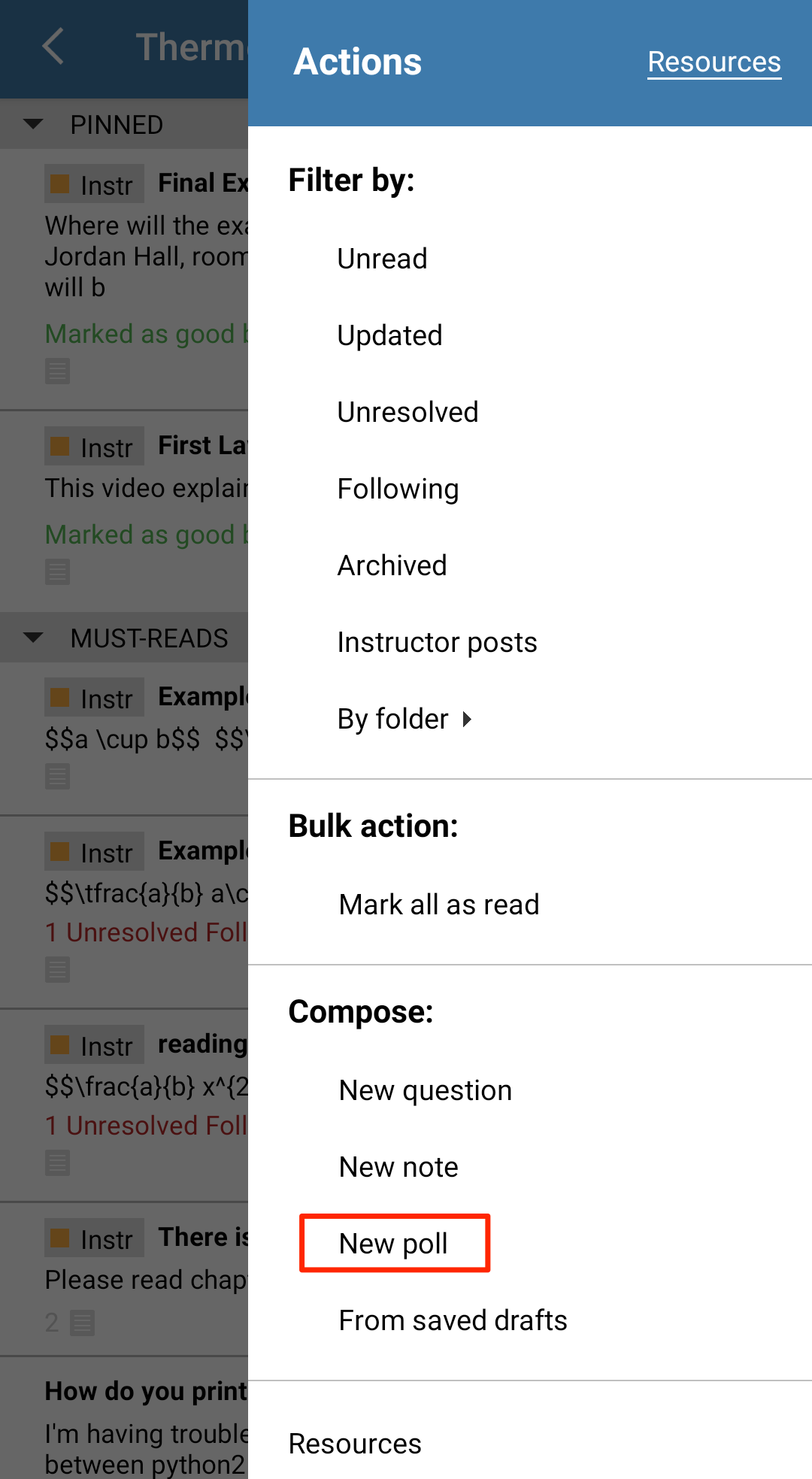 Fill out the title and description for your poll. We recommend including the central question of the poll in the poll description.

Tap Next, then fill in the choices for your poll. Add a new poll choice using the plus ("+") button, and remove options using the minus ("-") button. Rearrange the order of choices using the up and down arrows. Poll choices support plaintext, as well as LaTeX using $$...$$ symbols. 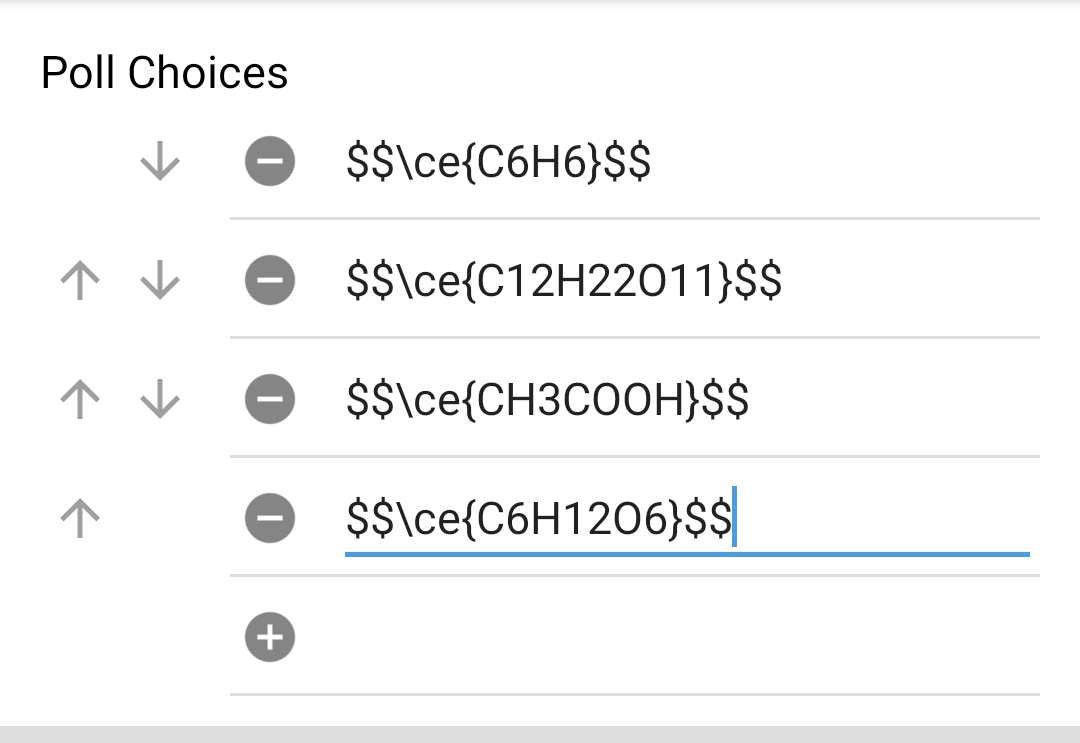 Next, add a poll explanation. This text is displayed after the poll closes and can be used to provide the correct answer or other information.

You can also configure the following poll properties. Please note that your last used poll settings will be remembered and automatically populate when creating a new poll. 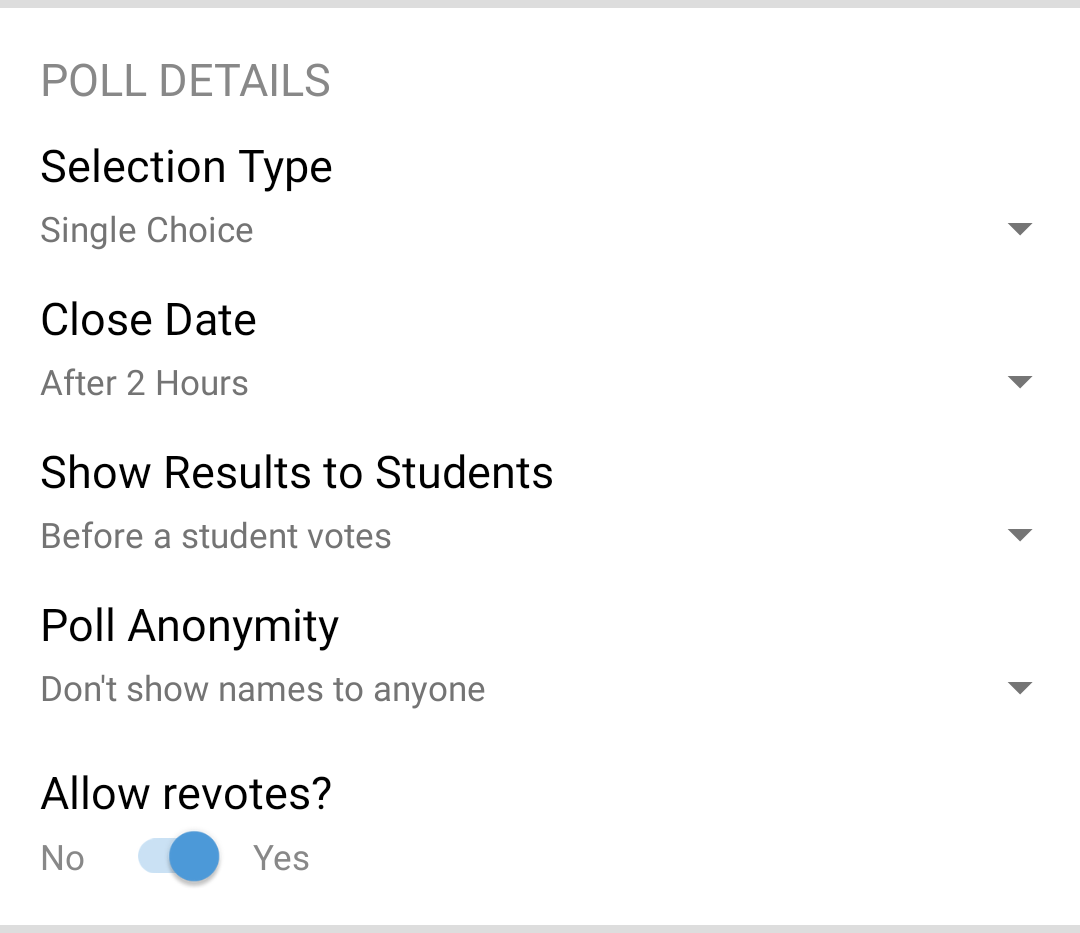 Selection type: Choose between a single-choice or multiple-choice poll.

Close date: The poll will automatically close at the set time. Once a poll is closed, no further votes are allowed, and the Poll Explanation will be displayed. You can also manually close or re-open a poll at any time.

Show Results to Students: This determines when, if ever, students can see the results of the poll. Instructors can view poll results at any time.

Poll Anonymity: This determines whether poll responses are visible to all, only anonymous to students, or anonymous to all.

Allow revotes: If enabled, students will be able to change their vote in the poll after casting it, as long as the poll is open.

Once you've configured your poll settings as desired, tap Next.

On the next screen, choose folder(s) to organize your post, as well as the post's audience under Post to. 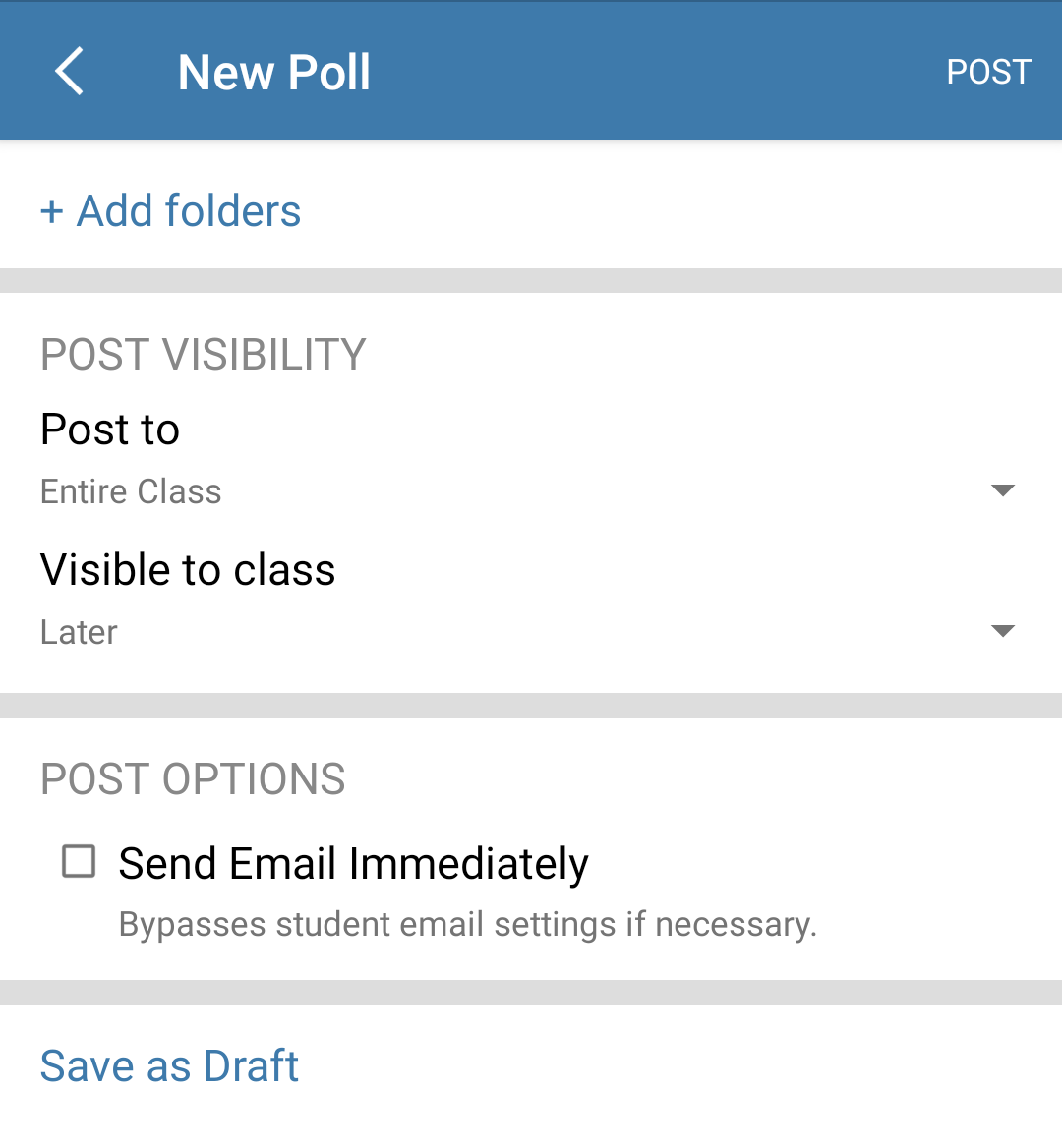 Open the poll's actions menu in the top right, then select Publish the Poll to make the poll visible to its intended audience. 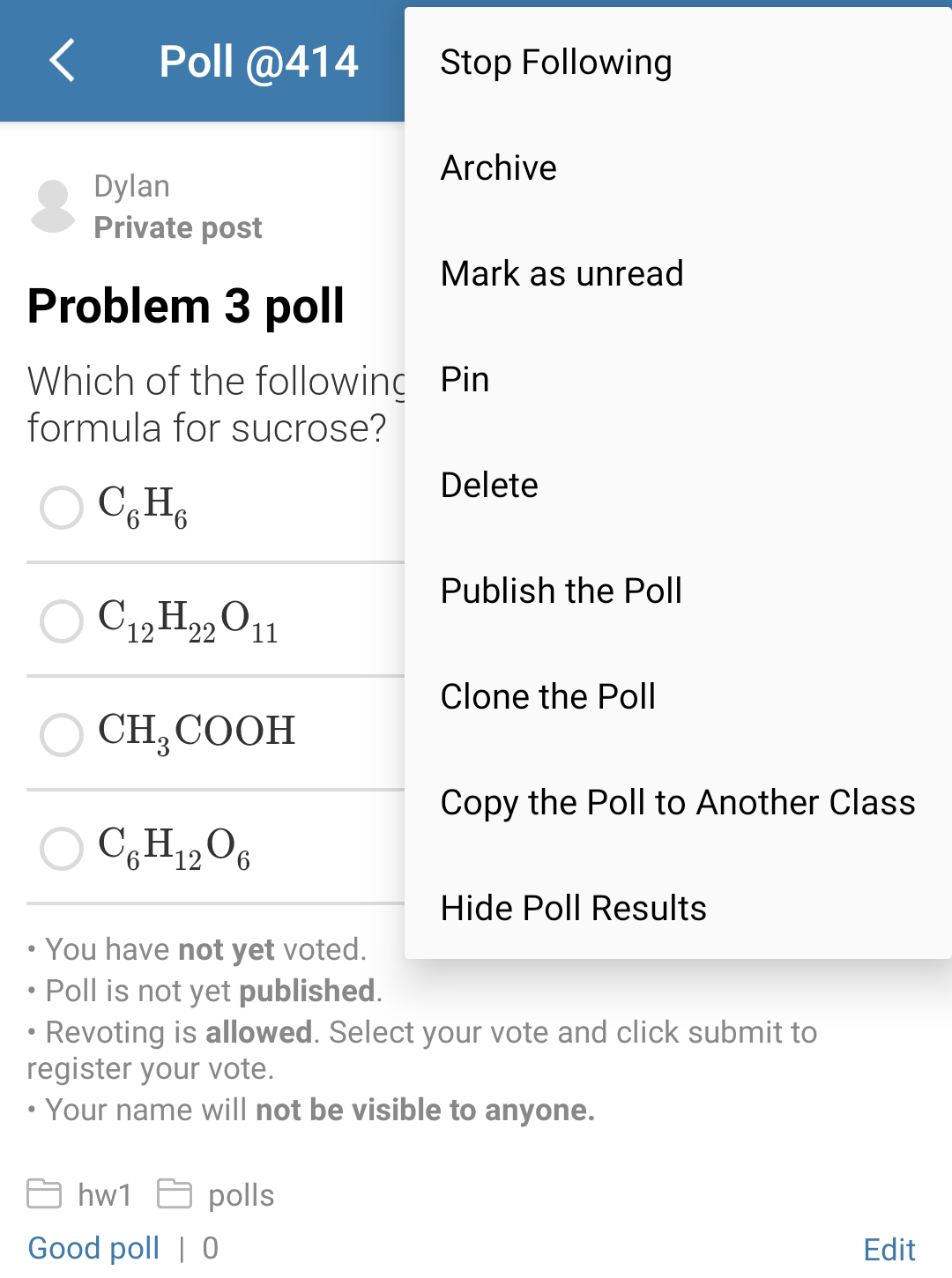